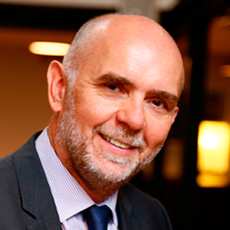 You’re not going to believe me, but I just met an exceptional golf player. He only needed one lesson to learn the fundamentals of the swing, and has not taken any classes or received any tips since. All it took was a single lesson for him to pick it up. He became an exceptional player in a few short hours and wins nearly every tournament he enters.

Similarly, I recently met the best salesman at a company and he had the gift, too. A few hours in an induction seminar, a handful of tips on the best way to sell the company’s offerings, and he picked it up. He became the company’s top salesperson overnight. Like magic.

And that’s when my alarm rang and I woke up. It was all just a dream.

The problem is that for certain managers, the alarm never rings.

The illusion of immediately developing skills, the myth of instant progress, is still wreaking havoc on many companies.  And the blame is shared by all:

If you’re a manager and you want your team to improve in any area, you need to learn how to practice and make others do the same.

Here are a few reasons to convince you:

According to the psychologist, we have already forgotten half of what we have learned just an hour after learning it. After 24 hours, 80% has gone up in smoke.  If we do not call new knowledge to mind or have the opportunity to apply it, three days later, we will have forgotten 90% of what we learned.

The moral: investing money in training without follow-up is a waste.

You would do better to donate it to charity.  The result is the same whether the training is led by the manager or an outside organization.

Because we are bombarded with competing sources of information

As you are well aware, we are saturated with information and attempts to grab our attention. Each time you deliver a message to your teams, you enter into a competition. A competition against hundreds of messages. It doesn’t matter whether these messages are important or not—they saturate the airwaves and can drown you out. So don’t expect to be understood the first time around, even when speaking about developing your staff’s skills.

The moral:  don’t overestimate your power of conviction.

You may be as charismatic as they come, but your message will never be absorbed as deeply as you think. Not the first time around, at least.

Because it’s the path to excellence

What is sales excellence? it’s difficult to answer such a broad question in a few sentences, but we can all agree that excellence is achieved through a perfect mastery of one’s art. The type of mastery in which you are able to improvise around your guiding principles, improve your efficiency and take enjoyment from putting your skills into practice on a daily basis. Virtuosos in every domain have spent hours practicing and fine-tuning their techniques.  Endlessly practicing the right approach is what enabled them to achieve perfection. Would you honestly like to have your heart operated on by a surgeon who hadn’t put the hours in before taking out the scalpel? Would you like to go see a play with actors who have “more or less” mastered their lines? So why should we let salespeople “more or less” master their offerings or working methods?  If you want excellent salespeople, don’t expect them to appear out of thin air.  Don’t hesitate to make them practice so that they improve on their weak points, but also their strong points, to go from mastery to excellence.

The moral: excellence comes with perseverance—it’s not magic.

The purpose of variation is to maintain and stimulate your team’s interest—and your own—over the course of weeks and months. Each session should introduce a new element, or even something surprising that will captivate your sales staff.

If you’re interested in finding out more, you will find many key insights in this book, which I had the pleasure of writing with Antoni Girod, my coaching master who currently runs our business in Asia.

If you use online training methods, it’s an excellent idea. Online tools adjust to each learner’s pace and repeat the same messages regularly, or the same methods, without the need to invest time or money to do so.  Asking for deliverables is a good, prudent idea. For example, let’s say that you asked a member of your staff to complete a module on negotiating with buyers. It’s a good start to ask them to do the training. But it’s even better to add an “order” to your request, such as, “Do this module again, and then prepare for the negotiations with Johnson based on what you learned. Show me what you come up with on Monday before the meeting.   That way they will practice twice. Once during the individual training and once with you.

Most sales teams often have a know-it-all veteran who declares that training, roleplaying and working on methods are great for the youngsters, but not for a seasoned pro like them.

All that is below their pay grade. How do you react? I ask because the average manager puts on the kid gloves with this type of character, whose attitude is destructive in more ways than one.

Firstly for themselves, because believing that they’ve learned everything there is to learn is not only absurd, it’s an indicator of the negative mindset of someone who has chosen to stagnate (at best).

Next for the other members of the team, who themselves will be less likely to get on board with your initiatives. If the most experienced person says that there’s no point in training, don’t I come across as a dummy if I take part wholeheartedly?

So always take care when reacting to employees who are fundamentally opposed to your training initiatives. Never let their toxic personality contaminate the others.

When a salesperson seals a deal using a method or insight you have worked on with the team, it’s a great opportunity to repeat the key messages. Ask the dealmaker to present their achievement to the rest of the team, and then speak about the key success factors and remind everyone how to achieve the same result. And voila you have a new source of positive reinforcement!

As luck would have it, I just received an email from Antoni Girod pasted here by way of conclusion.

Hey Nicolas,
I’m at the ITF World Conference in Bangkok, where I’m speaking tomorrow.
Superb presentation this afternoon by Mary Pierce on the future of women’s tennis. Her key message: “ The future of women’s tennis is aggressive, combative and fearless players such as Naomi Osaka, Coco Gauff and Bianca Andreescu. How? Through very practical drills based on hard work and REPETITION

The following article may interest you! International negotiation

What is behind the sales function?