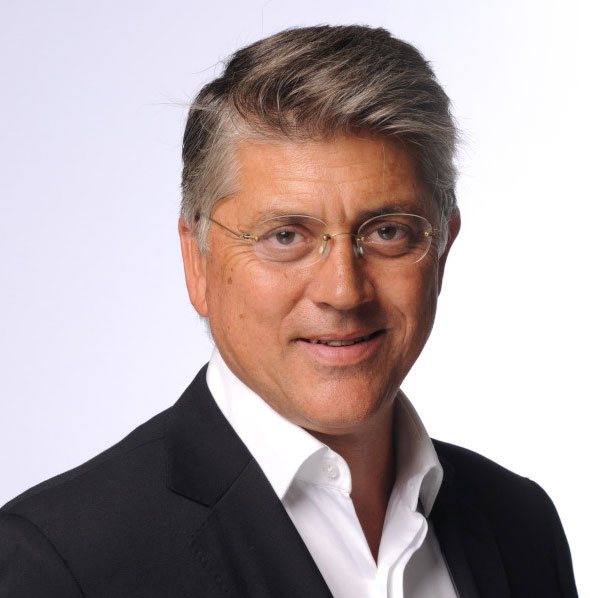 I started my career as a young graduate with a field sales job at Xerox in the spring of 1990.  I joined the company right at the outbreak of the Gulf War, a conflict between Iraq and a US-led coalition of 35 countries which lasted from August 2, 1990 to February 28, 1991. We witnessed war on television for the first time through the endless stream of news about Operation Desert Shield and Operation Desert Storm on CNN. It was a fascinating time for some of us, and petrifying for others.   Then came the European monetary system crisis of 1992 and a severe economic recession in 1993 (only slightly eclipsed by the last one in 2009).  It was a very challenging period that dragged on.

My thoughts go out to the younger generations arriving on the job market in these equally stressful conditions—another “war,” in the words of the French president. The Covid-19 situation has elicited the same feeling of fear and apprehension that I felt back then. Fear is a bad advisor, in particular in sales management, and I had the good fortune of being well managed at the time. I learned that it’s not a matter of working harder, but of working differently. What works during a favorable economic period isn’t sustainable during a crisis.  About a third of salespeople haven’t had to sell during an acute crisis, so many companies don’t have seasoned staff to fall back on.  Here are a few tips you can share that I’ve always tried to apply during difficult times.

Don’t try to compensate by overworking yourself.

When executives are afraid, they can be lured into putting pressure on the business. The simple logic of sales is reassuring on the surface: more calls and contacts mean more opportunities, which lead to more sales. This can obviously work in certain situations, especially with a simple product and a short sales cycle. But if you have a more sophisticated offering sold as a solution or via a consulting approach, increasing your calls or contacts may come back to bite you.  Some trends have emerged in recent weeks in different markets.  Clients in certain sectors could not be reached because they were too busy handling the health crisis.  These targets still cost a great deal in terms of the resources spent trying to reach them. In other sectors sheltered from the vagaries of the crisis, with sufficient cash flow, some bargain-hunting clients were only too happy to be contacted. The salespeople were trying to seal every deal they could, so the average margins decreased and the order size shrank.

Instead of pushing for a flurry of activity on all fronts, focus your sales strategy strictly on your key customer targets.  Customer segmentation becomes another urgent issue: how do you prioritize to contact customers who are available, aware of the value you offer, and whose budgets haven’t taken a hit? It pays to zero in on a limited number of standout opportunities rather than to spread yourself too thin. In normal times, a bad prospect is never a good customer; in times of crisis, a bad prospect is a calamity. Dwindling time, margins and motivation are sure to follow.  Unfortunately, when under pressure, sales representatives and their managers can be reluctant to let go of low-potential opportunities.  Yet instead of chasing easy deals with as many prospects as possible, you should have your sales teams focus on actively selecting qualified opportunities that involve high-value solutions. Or small deals with new customers that hold a lot of potential. The deck is reshuffled during crises and it may be possible for them to switch suppliers. Be proactive and choose your future customers. Cut out activity for activity’s sake—sort, select and segment.

Another area where fear can get the best of managers is additional—and at times excessive—requirements in terms of reports.  When executives keep asking for more information about what’s going on, their real goal is just to be reassured. In sales management, this offers only a false sense of security and is often counterproductive. Setting up a new series of measures to keep track of what’s happening or increasing the frequency of sales forecasts often has the side effect of sandbagging activities that actually generate revenue.  Too much energy goes into gathering, checking and correcting data, leaving less time and energy for selling. Your efforts should go into improving sales efficiency, not checking and inspecting sales.  But you do have to raise your standards in terms of what constitutes an efficient sale. Does your sales team truly know and understand the customers they’re targeting? Or do they take a generic, transactional approach with little knowledge about the customer? Are they well versed in their value proposition and how to convey it to different decision-makers? Can they adjust on the fly to their new targets’ changing situations or offerings? Have they learned new ways to present your offerings in light of the crisis?

This is an area where a few advanced indicators go a long way, such as the new opportunities with the targets identified at each stage, the value of the opportunities, and progress toward the next stage. Here again, there’s no use in looking at them too often. You have to be realistic. Every demand you make of your sales representatives will increase the time they spend doing paperwork instead of being productive. They just gained 15% more time by not traveling to meet customers—don’t cancel that out with more administrative tasks. But do be demanding in terms of the step up in quality they need to make. A procedural mindset slows down the organization, which loses its agility and focus on results due to pointless tasks, at a key moment when the teams need to be coached and leveled up, as deals are set to become rarer and harder fought.  The fact that your sales staff is better than your competitors’ shines through in the results during a crisis more than when new business comes in without too much effort.

Here as well, managers and executives worried about revenue naturally tend to focus on the last steps in the process, when they’re “near the money.” After all, when you’re fighting for your survival, it seems logical to pull out all the stops to close sales. Unfortunately, concentrating on the final steps in the sales cycle, when a decision is already imminent, is not the wisest idea. Firstly because it rarely makes a major impact on your results—the prior negotiations without you have already set the stage for the final negotiations: the products, key conditions and prices are already partially in place. An exception here or there can help wrap up a deal, but it’s often too late to make changes of real value. Even worse, an executive seeking to assert their authority may end up making a few unneeded concessions that hurt margins. In addition, some customers may react negatively, interpreting the actions as unwelcome pressure.

Worse yet, recklessly focusing on deals in the closing phase results in lost opportunities in the initial stages of the sales process, when you have the greatest potential to bolster your sales and minimize the effects of the recession. During the initial stages, you can identify additional needs based on customer priorities you have gleaned from your experience. In addition, briefing decision-makers on the concepts underpinning your solutions early on can also speed up sales cycle. The start of the sales process is what enables you to create value and stand out from the competition, making the final negotiations easier. Management needs to focus on getting new opportunities going, where they can make a difference across the board, from account strategy to resource allocation and executive-level relations with customers.

It’s normal for managers to feel anxious about short-term results, especially in a time of crisis like the one we are experiencing, where there is no end in sight. But instead of approaching the situation with fear, aim for quality. Target your time and resources on prime customers and prospects, play an active role in early discussions rather than bargaining, and work to level up your teams in their messaging rather than to keep tabs on them.   You will have a powerful driver for bringing in new business, even once the crisis is over.

Turning down a deal isn’t a failure!

Building & rolling out a KAM program