30% of success in negotiation lies in proper preparation 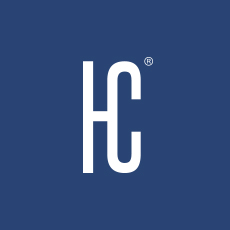 Sales reps often rush through their preparation or spend too much time on technical issues and not enough on sales and financial negotiation scenarios. The opposite is true for buyers, who are often over-prepared (see The Purchasing Chessboard: 64 Methods to Reduce Cost and Increase Value with Suppliers, published  by AT Kearney, for a relaxing evening read).

The three poor excuses for being underprepared

I’ll come across as unnatural: It’s usually more pleasant to speak with people who are relaxed and natural. But when you think about it, would you prefer a slightly uptight sales rep who fights to protect the company’s margins, or someone “natural” who falters as soon as they’re pressed by a buyer? Because this relaxed attitude can come with a lot of bad habits. What’s bred in the bone comes out in the flesh.

I don’t have time:  We need to put an end to this horrendous excuse that is used far too often.
We’re always short on time, so get your priorities straight and remember the following adage: The best are often those who do what others don’t have time to!

There’s no point: This is the most pernicious one: saying that negotiations never go as planned, so there’s no point in preparing. In a word, it’s laziness hidden behind a defeatist mindset. As everyone knows, vague goals always lead to very specific mess-ups!

2. There’s no reason to rush—keep the right pace

Like in the fable of the tortoise and the hare, don’t be so sure of yourself before a negotiation and ease into your preparation step by step. That involves:

Churchill said that “an impromptu speech has been rehearsed at least three times,” just as a well conducted negotiation has been carefully prepared.

How to adjust to the context and setting

Take a holistic approach to negotiation: It’s not just two people sitting across from each other at a table. You have to consider the various client stakeholders that may not be visible or known. For sales reps, there’s not a negotiation, but several, sometimes with competing goals on the client side.

Assess the balance of power: Clients’ pre-negotiation demands make many salespeople feel vulnerable. This pressure grows when there’s a big prize in terms of revenue. But the balance of power is measured in more ways than just size. Other elements that factor in: who’s the quickest, the least in a rush, who has the most allies, etc.

Sales rep: “We need to go down to 80 with this client”

Sales rep: “Right, but the client has another offer at 81 and he was clear that it has to be 80 if we want the deal. So it’s up to you to decide if we do the deal or not.”

The buyer is simply presenting their position, their Most Desired Outcome (MDO): a request for a significant discount at the start of the negotiation. The buyer also always has in mind their Least Acceptable Agreement (LAA), the most they are willing to concede.

The buyer gives their position (80), but their actual goal is to lower the price.
Many sales reps fall into the trap of confusing position and goal.

The moral of the story is that if there is any time when you really shouldn’t listen to the client, then it is when they ask to lower the price! You’re better off turning a deaf ear and focusing on what matters: negotiating.

O artigo a seguir certamente pode ser interessante para você! A few tips for taming your fears during a negotiation

A few tips for taming your fears during a negotiation